Write down ten details of your neighborhood block.

Forget True Detective or Game of Thrones! Watch the hit new show from HBO: Aubrey’s Block. Tune in each week to see who’s trying to be crazy or get the cops called on them all while Aubrey tries to get some peace and quiet and a well rounded 8 hours of sleep. 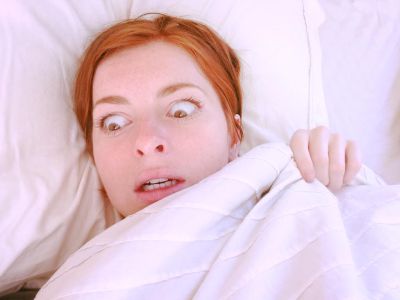 SEASON 1
Episode 1. “Surprise! You pretty much own a cockatoo now!”
In this episode we are introduced to our main character, a youngish red haired woman named Aubrey, moving into her “dream house” in Echo Park. She has big dreams of making it in the comedy industry, falling in love, and now strangling and murdering a giant white bird that sounds like a child being thrown down a well, that her neighbors insist on keeping out on their porch…which is right by her window…where she sleeps…theoretically.

Episode 2. “Morning wood…and grass…and lawnmowers”
Here we see Aubrey has stayed up way too late working the night before. Since sleeping past 7am is apparently a cardinal sin, the gardeners who normally come at 12pm, show up before 7am and wreak havoc! Uh oh! Watch Aubrey storm out in her disheveled pajamas, man bun, and eyes that can’t open yet, to rage and attempt to formulate words that convey her dissatisfaction with their decision to leaf blow instead of go home.

Episode 3. “Katy Perry, The NSA, The Christians Idealists, and Beyonce… #1 threat to the world, or line up for next Coachella?”
Get ready for big belly laughs and intense drama. Guest star appearance by Oscar nominated performer, “Neighbor who is off his anti-psycodic meds.” It seems Aubrey’s not the only one who thinks everything is out to get her! No one is off limits when it comes to Psychodic Neighbor Guy… Beyonce, Obama, the news syndicates, Katy Perry, Peeps Marshmallow candy, the whole gang is in on it, to try and get him evicted. Look out for him on the next Comedy Central Roast, or in the back of the police car that just pulled out of his driveway!

Episode 4. “The 11th Commandment: ‘Let their be loud church bells gonging in the wee hours of morning, Yes even on Saturday’ Thus saith the Lord!”
Tune in this week at 7am, 8am, and 9am, for a marathon of bongs, gongs, and dings from the neighborhood church. Watch as Jesus gives them a thumbs up and a high five because they are doing his work of waking up everyone in the neighborhood for arguably no Biblical reason whatsoever.

Episode 5. “Early Morning Vocal Exercises”
In this episode series regular, and fan favorite, “Homeless guy with headphones that aren’t plugged into anything”, returns with his fresh take on urban rooster crowing. He bellows, he wails, he hits the high notes, the low notes, and then most likely his crack pipe. Watch Aubrey struggle to find the right pillow to put over her face…will she be able to find one that muffles the noise, but doesn’t smother her to death in her sleep?

Episode 6. “Car Alarm (remix feat Lil John and Nicky Minaj) by Skrillex…nope just another car alarm.”
Whether they still haven’t figure out how to unlock their cars, are daily testing the alarm to see if it works, or just dig that honking and beeping jam, the neighborhood is all about setting off those sweet sweet car alarms. Once again Aubrey is trying to find some peace and quiet settling down with a nice book, when every half hour, grandpa across the street drops the beat and lets it play on till he can find his keys to turn it off again. Will she ever read her book, or will she record the sounds of the city street, remix it, and give that Skrillex guy a run for his money in this cross between Rocky and Sesame Street, blockbuster.

Episode 7. “Dog Dialog”
Unfortunately this episode was cancelled due to every dog within a half mile radius deciding in unison, to bark unceasingly for a 4-5 hour period. The dialog from this episode was completely garbled and unusable so producers decided to scrap it all together. Aubrey is left to ponder whether dogs get sore throats for barking that long.

Episode 8. “Transformers: Age of The Trashcepticon Trucks”
Shia Labeouf returns for a cameo in this special cross over episode of Aubrey’s Block. Aubrey is trying to sleep yet again, but the fate of the planet falls into the hands of the evil Trashcepticons. They drive the streets, attacking the neighborhood repeatedly throughout the morning with metal clanking, crushing, and one assumes from the level of noise, transforming and battling epic battles over recycling cans. Aubrey actually goes back to sleep for a brief time, entering a dream sequence where Shia Labeouf battles Transformer robots in his nude britches from the Sia “Elastic Heart” video.

Episode 9. “Full Metal Rake”
Duh, everyone knows public sidewalks need to be swept, at 6:30am, with a metal rake, every morning! Aubrey starts noticing an increase in the appearance of a groundskeeper from the Korean church next door. Apparently someone is taking the “cleanliness is next to godliness” thing a little too seriously. He sweeps the dust, he sweeps the one rock on the street, he sweeps a puddle of water, and even the 2 leaves that fell in the driveway to the church. He sweeps Aubrey right into consciousness with what sounds like fingernails on a chalkboard….Ah refreshing.

Episode 10. “Are you my mother?”
This season finale of Aubrey’s Block starts off with a bang when the neighbors 4 year old child wonders out into their driveway alone at 6am whining and crying in nothing but his spiderman undies, and continues to do so for the next hour. Aubrey has trouble going back to sleep due to worry that the child is outside without his parents knowledge, all while slightly hoping that a Trashcepticon eats him. Guest appearances by neighbor’s porch cockatoo and of course an early morning raking of the pavement.